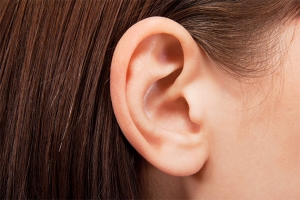 Otosclerosis is an ear condition that is caused when an abnormal growth surrounds the vibrating bones of the middle ear and begins to cause conductive hearing loss. This condition is often hereditary, and is most prevalent among women Caucasians between 20 and 45 years of age.

Some of the most common symptoms of otosclerosis are:

Fortunately, the hearing loss caused by otosclerosis is often reversible through a surgical procedure known as a laser stapedotomy. This procedure removes part of the Stapes and replaces it with a prosthesis, allowing the bones in the middle ear to move properly and restoring conductive hearing. At The New York Hearing Center, we can utilize surgical procedures, traditional hearing aids, and other techniques to help resolve your otosclerosis. Contact Us Us and learn more!