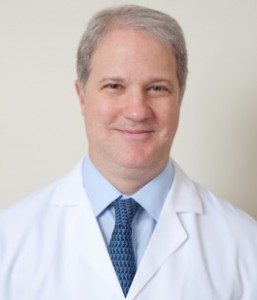 Dr. Lane Krevitt is a board certified Otolaryngologist – Head and Neck Surgeon, who specializes in Head and Neck Oncology Surgery, including Thyroid and Parathyroid Surgery and Endoscopic Sinus Surgery. He is the director of Head & Neck Surgery, Thyroid and Parathyroid disease at the New York Otolaryngology group. He received his undergraduate degree at Tufts University in Boston and his medical degree from Hahnemann University School of Medicine in Philadelphia. He completed his Internship in General Surgery and Residency training in Otolaryngology – Head and Neck Surgery at Albert Einstein College of Medicine / Montefiore Medical Center in New York City. Dr. Krevitt also completed a Fellowship in Head and Neck Oncology and Endocrine Surgery (Thyroid and Parathyroid) at Montefiore Medical Center, under the direction of Dr. Carl Silver, M.D., a pioneer in the field of Head & Neck Surgery and Laryngology.

Dr. Krevitt is an Attending physician at Beth Israel Medical Center, Montefiore Medical Center. He has an academic appointment as Assistant Clinical Instructor and member in the Department of Otolaryngology – Head and Neck Surgery, at Beth Israel Medical Center, Manhattan campus, Albert Einstein College of Medicine. Castle Connelly Guide has recognized Dr. Krevitt as one of New York’s leading Otolaryngologists for many years. He has also consistently been included in Super Doctors, as seen in the New York Times Magazine. He was also included in the “Best Doctors” edition in New York Magazine in 2010. He has also been consistently been included in America’s Top Physicians and recipient of Patients Choice Award. Dr. Krevitt is a participant in the Beth Israel Continuum Head and Neck Tumor Board in New York City that meets weekly, discussing treatment planning with many of the other leading Head & Neck cancer specialists in our region.